Let me first introduce myself. My name is John O’Leary and I am a graduate of Cardinal Hayes High School in the class of 1943 and have now reached the age of 96.

I, along with many others from different schools transferred to Hayes in September of 1941 as a Junior. Little did we know that the future had in store for us. WWII started on December 7, 1941. Those who were 18 and over had to register for the draft. To avoid going into the Army a number immediately enlisted in the Navy. One of my close friends, Charles (Chuck) Coyne,  was one of the first to do so. When we graduated in 1943 Chuck had just finished Boot Camp and was there in uniform.

The Ruhle brothers went into the Army and as I recall Jim, the oldest, was killed. Thomas A. Browne, while participating in the Battle of the Bulge was taken out of action suffering from frozen feet.

Meanwhile, Chuck and I were steaming around the Pacific Ocean with the Carrier Taskforce liberating and occupying the Philippines Islands, Iwo Jim, Okinawa, and the preparation for the invasion of Japan.

In 1942, Brother Norbet  (Xavierian order) a West Point Graduate formed a Junior Air Force ROTC in which I attained the rank of Captain. We were invited by the Canadian Government to visit the RCAF base at St. Catherine’s just outside of Montreal. We boarded a train at Grand Central Depot and proceeded to the base where we were issued shoes with half of the heel made of steel and taught how to swing our arms to shoulder height with each step.  After a few days, we understood why they did not have P.E. as we know it.

In one of the groups that made this trip was a fellow by the name of Berny Butler, who was one of the nicest individuals that a person could meet and I wonder to this day what became of him?

I remember Brother John Lawrence as always trying to teach me French by using his knuckles to force it through my skull. I still can feel the ridges on top of my head!

Homeroom and Religion classes were always looked forward to with Fr. Tom Dunn.  His brother Joseph, who also taught at Hayes, was the kind and quiet scholarly type.

Many of my classmates went on to various fields: Paul Hirsheier; Clergy, Tom Browne; President of a plastic packaging company. I  lived up to the comments made under my class picture becoming a Vice President of Finance and also retiring from the Navy as a Lieutenant Commander.

A few years ago I started sending a small check to Hayes for the Tuition Assistance Program. It is amazing how this support has grown.

I would encourage some of the Alumni to start doing the same thing. Up Hayes! 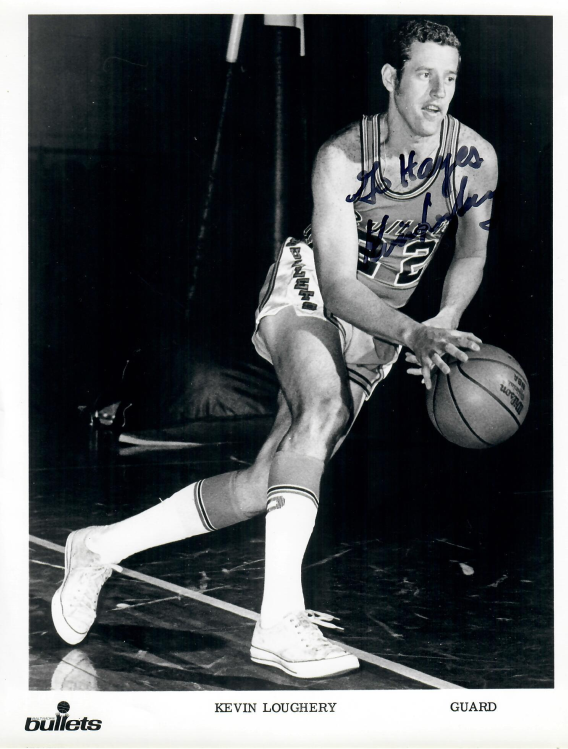